“We are the music makers, and we are the dreamers of dreams.” Arthur O’Shaughnessy

So I have another cold/viral infection this week.. that makes three infections over the past four months including a flu (and I got a flu shot in October!).  My Rheumatologist believes it could be the Prednisone that is making me more prone to getting infections because it keeps my immunity lowered all the time. I keep wanting to do more even when my body tells me to stop or slow down. I remember feeling this way even before DM-when ignoring my body usually meant I might get sick, but I’d get through it and then go back to being active, unstoppable, on go-go-go mode… I tell myself now I am managing with these drugs, but don’t know if it is a combination of the treatments or just the Prednisone that allows me to keep going.. like a ticking time bomb. I’ve been thinking about this lately because I spend nearly every waking hour when I’m alone focused on some aspect of music: creating, writing, playing, being online connecting and sharing, promoting, marketing, recording, or otherwise finding ways to create and express my art. It is as if something is compelling me to do it, perhaps my own muse. All I know is that I find my true joy and fulfillment living my dreams from home in this happy place-expressing and connecting with you day after day…

I also have received so many awards and accolades for Aoede’s music during 2012 and now in 2013. I have written before that receiving these accolades has been such an honor and privilege, especially considering the journey I have taken to get here. I find myself receiving more awards in 2013 that truly astound me and make me thrilled to know that the music is having such an impact, compelling people and the music industry, that I am on the right path, whatever that may be. Some of you have even expressed that I am an inspiration to you-and for that I am beyond words and so pleased to be your muse. However, I also wonder if somehow I am secretly hoping that if I can dream anything and work hard and make it happen, that I can dream away this disease… maybe I am using these awards not only to make my mark but also to prove I can heal myself if I only dream big enough and believe hard enough… after all, music is my lifeline… I can not stop creating.

“If you can dream it, you can do it. Always remember that this whole thing was started with a dream and a mouse.” Walt Disney Company

That is a tall order. I know I work hard. I know I dream big. Aoede’s albums were even considered in the Grammy Awards in 2012. That was something bigger than I’d ever even imagined or dreamed before. I see something that may be and ask how I can make it so. If only I could do the same thing for this illness. I have been on the up of the roller coaster over the past few months with the exception of these viral infections that kick me to the curb, but in general, I feel the Rituxan or combination of Rituxan and Prednisone has been the best treatment for managing and giving me the best quality of life. I base it on last year, or last month, or last week, depending on what is happening in my life. I was just in Arizona and tried exercising in the warm water pool; I went to a museum; I celebrated Grandma’s 96th birthday, and I overdid it and got sick. Again and again. I keep thinking maybe I’m getting better, have more stamina for activities, for being “in the world” as I like to say. I just have no way of knowing what is too much until my body tells me by getting sick. I wish there was an easier way. I wish I could dream anything and make it so.

“The answer is dreams. Dreaming on and on. Entering the world of dreams and never coming out. Living in dreams for the rest of time.” Haruki Murakami

I keep dreaming new dreams. I ventured out of my comfort zone last year and created a Children’s Album for young adults. I wrote a script around 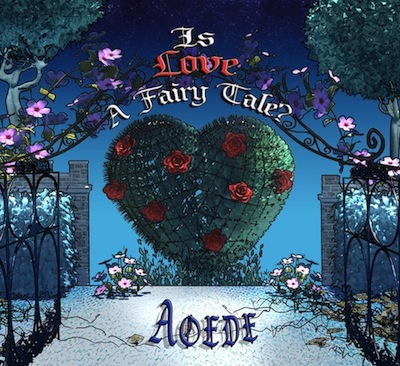 the songs on the album I had released in April, Skeletons of the Muse, and wrote new songs for the project; created colorful characters and a fantasy setting, found an amazing illustrator, and sang duets and imagined up a whole world of musical stories complete with narration and magic. I collaborated with my producer on the story and concepts. I had contributions from wonderful voice over actors and a narrator as well as stellar musicians. I had never done any of that and found the experience so rewarding that I am working on another Children’s album now on the theme of dreams.

So most days I like to immerse myself in my musical world. I like to forget that I live with a rare disease. I don’t even like to write it down “rare disease” because it means I am acknowledging it to myself. When I talk about it on a radio show for example I usually say “condition” instead of “disease.” It sounds more manageable. More common. Less scary and less reason for sympathy. When the talk show host asks me about when Aoede is touring though? That’s harder. That’s when I realize I do have my limitations. I am different from so many other artists who release albums and then go from state to state performing in the public, touring. For now, I don’t have the ability or energy to do that. I can and do take select local gigs or even out of state such as the CureJM Festival in OR last August. If it is near and dear to my heart, I will do my best to make it happen. I’m even getting better at committing to something and letting the future stay in the future rather than deciding now that I may not be able to do it because of health.

The reality is, I do dream and will continue to dream. The reality is I live with DM and it is a part of me and without it, maybe I wouldn’t have started dreaming so big in the first place. I show by example to others that having a chronic illness doesn’t mean you can’t have dreams. Maybe they change from what they once were, but without dreams, who are we really?