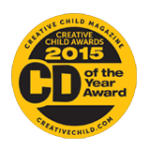 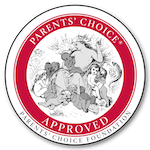 “Delving back into the Wonderhaven fantasy realm, she creates vividly inventive portraits of fairy and goblin characters prompted by a “nyxmare” to which creative children who spend hours in imaginative play will naturally gravitate. For anyone who listens to children’s music… it’s rare to find something that doesn’t get cheesily boring, irritatingly repetitive very quickly, becoming quite torturous… one could easily imagine how this airy and fantasy-filled album would translate into a children’s TV show or a movie… Hints of indie pop’s Feist, Lisa Loeb , Susannah Hoff and Ingrid Michaelson influences weave in and out like Renaissance festival ribbons on several tracks. There’s even a little reggae on “All This Mess”. During Aoede’s excursion to the underworld to prevent the white witch from winning, children will automatically become invested in how this story ends. For parents who enjoyed the Narnia, Lord of the Rings and Harry Potter fantasy series, this album falls well within this genre. Will Aoede triumph in the end? The album will keep the audience enthralled enough until the end to find out.”

“Its like watching a musical with parts of speech to tell the tale and then breaks into music and back to the story. I loved the music and the tale.. I kept on smiling how fun it was, brought memories of a  child hood memory of a band I enjoyed which told a story and then begins to sing in each section of the show… When you hear the song and the story that is happening you can close your eyes and imagine this happening. a picture pops in your head of exactly what is going on. I feel as if I can see it happening without it being on TV or on my computer, no image needed. The music and tale gives you everything you need to understand what is going on..”

“This CD is so catchy and unique… My 5 year old likes it… I think I may share this with my best friend who has 4 girls in her house. The music is very fun and engaging and stays in your head all day. I love all fairy tales, and I love greek mythology even more so this is right up my alley. The narration through out really brings the story in the music together. We, well me and the 5 year old, really enjoy this and I can’t wait to share with my friend and her girls and see what they think too. 5/5”

“Aoede’s refreshing vocals that float effortlessly over her uplifting productions bring a smile to every face… Skeletons of the Muse features some undeniably stand out tracks including ‘Love Proof’ and ‘Fairytale Love‘ and contribute to an outstanding production of Music that showcases how different and unique this artist is, a rare talent that has shown consistency and versatility throughout her output paving the way for a bright and expanding future.”

“Aoede spreads the inspiration she carries within her to whatever she does… Her radiant soprano voice mingles with her own quirky brand of DIY pop and heartfelt, powerful lyrics.”

“Poppy, upbeat, heartfelt, passion-filled, talented – those are just some words one might use to describe Aoede.”

“I receive thousands and thousands of submissions for airplay from all over the world, and you were chosen from all of those submissions because I feel that you are one of the BEST independent artists out there right now. Way to go! ”

“Once every blue moon, the universe is blessed with the laughter of an angel. There may be a blue moon for awhile because the musical vibe of Aoede encompasses that angelic sound. Beyond the voice, there is inspirational songwriting and a metaphysical presence within every note… Her story is as compelling as her willingness to share it with the world.”

“In ‘What Are Dreams Made Of?,’ singer/songwriter Lisa Sniderman and her collaborators have created something more than just a unique combination of story and song. They’ve fashioned a fully-formed universe whose carefully wrought details rival those in the fantastical novels so popular with teens and tweens nowadays. In the story, Aoede The Muse sets out to understand her recurring bad dream (a ‘Nyxmare’) that overlaps with events in the magical town of Wonderhaven, where children have been going missing. Along the way we meet a cast of memorable characters – Luk, Morpheus, Goblins, The White Witch – some friendly, some not so much. The audio tracks regularly alternate between spoken word and melody, with songs ranging in tone from catchy pop to darker fare. The rich inventiveness of the characters, storyline, and language flesh out a mystical world into which listeners are drawn, the recording acting as a portal to the deepest levels of our imagination.”

“Congratulations. We have selected your songs” Can’t Stop The Music & Bittersweet” for promotion and airplay on The Airomee Wind Radio Station. “This music needs no one to” compliment it. The music speaks for itself. Aoede’s music is filled with colorful images of life that leave a lasting impression on listeners mind.”

“I found this collection quite interesting. It was almost like listening to a musical. Each track had some narration and some music but the Is Love A Fairy Tale? CD makes one continuous story. I would say that the story itself is good for pre-teens and would be especially appealing to girls. It talks about a young woman in search of love. She’s not sure what it is or how to find it. She looks lots of places and meets lots of interesting creatures in the mystical land where she lives. In the end we learn that ‘love is whatever you want it to be’ and is ‘the greatest thing of all’.”

“Aoede (Lisa Sniderman) has a fizzy, fancy-free persona conveyed with a hint of Brit-ness a la Lilly Allen… charming ukulele fueled Love Proof whose quaint simplicity and deft vocal harmonies recall the Ditty Bops. This artist has a unique spirit.”

“Easily relatable to anyone with that care-free easygoing love of music…The music of Aoede is purely meant to uplift the soul and put a smile in your heart. It is no wonder that Aoede has been receiving acclaim across the board within the music industry already, because no one should be without a smile in their heart.”

“For AOEDE, you cannot tag her as a single genre artist, in fact, it is much harder to pin her down in one category, because her music is outside any realm of typical categories. Instead, put her in your “Popular” playlist and hit repeat often, because if you enjoy music by Regina Spektor, and Feist, Ingrid Michaelson then you will definitely enjoy AOEDE.”

“Once every blue moon, the universe is blessed with the laughter of an angel. There may be a blue moon for awhile because the musical vibe of Aoede encompasses that angelic sound. Beyond the voice, there is inspirational songwriting and a metaphysical presence within every note… Her story is as compelling as her willingness to share it with the world.”

“One of the fun things about diving into a sea of mostly DIY music is “discovering” an unsigned artist who could be the next big thing. At a very least, it’s easy to find more than a few folks who are going to have exciting careers which I will enjoy following. One is San Francisco area singer/songwriter Aoede (Lisa Sniderman, who also has a bitchin’ blog). With a vocal style similar to Feist or Fiona Apple, her songs are more lush and ornate than either.”

Walking on a Wire, Artist of the Week 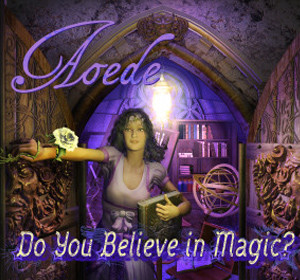 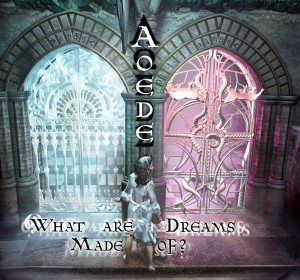 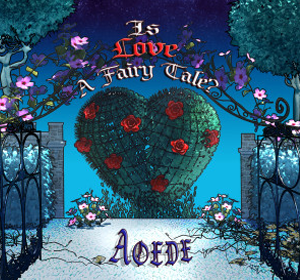