I just returned from The Myositis Association Conference, where I was privileged to tell my story and perform in Las Vegas, Nevada. What follows is an excerpt from my presentation: 10 Confessions and Secrets of a Singer-Songwriter Who Became a Muse.

And from the time I was back home from my 24-day hospital stay at the end of September one year ago, while physical and occupational therapists were coming to the house multiple times a week, while a home nurse came to assist me with my bathing needs, while family or friends shuttled me back and forth each month to the hospital for IVIG infusions for a week at a time, while I was learning a new baseline and a new norm that involved wheelchairs and walkers, ramps and commode seats and shower benches, I was trying to figure out how to get my music I had recorded in 2010 out into the world.

I didn’t know why. All I knew is I had to get my music out there and decided when the 6 new tracks were ready around August 2010 (pre-hospital) to check in with my distribution company to see how to make it happen 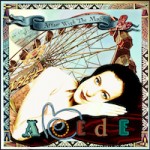 . Next thing I know, from November on there was a whirlwind of activity. In December, I found myself retaining and working with a pr firm on a new bio and press release, developing a new website, getting a photo shoot and new photos and finding and working with a digital collage artist on the new album cover, as well as taking up ukulele and recording a ukulele-based song that would be included on the new album. In late January 2011, I shot a music video for Fairy Tale Love-the first track from my new album. In February I released my new website and started my first blog Dermatowhat?? (on living with DM). I also began engaging with new fans on twitter, Facebook and other social networks and released my first music video. I released my new album Affair with the Muse digitally on iTunes in March 2011. And for the past 6 months, I’ve been recording more songs for an album, engaging fans, working on a music video, given radio interviews, won a music contest, and licensed songs. All except for parts of the music video shoot I’ve done from home-mostly from bed 🙂

Yet when my publicity folks were fishing around for an angle, asking me what’s my story in December 2010 and again in January 2011, all I could offer up were my accolades: Women’s Radio’s Top Artist of the Year 2008, Recipient of a Top Album of the Decade for my 2008 album Push and Pull; my role and contribution to WomenROCK, which I helped co-found in 2006 to help women artists in SF Bay Area. And what about combining my passion for water and all things coastal with music? That would make a good story too wouldn’t it? I mentioned in passing I wasn’t really doing live shows due to some health issues. That I was in the hospital in September and at home recovering. That maybe in 2011 I might be able to perform again. “No performances? No tours? Where’s the story?” the publicity folks asked. It took my pr contact directly asking me about the hospitalization and my health in an interview in January 2011 to make me realize just what my story was. Here’s how he framed it: “So, you said you were in the hospital for 24 days right?” “Yeah.” “Wow. People who get heart bypasses are out in just a few days now. 24 days huh? And you are releasing an album, and retaining pr, releasing a video and shooting a new one? all while going back and forth for dr appts and infusions and physical therapy and occupational and ….”

I got it. As he asked the questions, as I blurted out of nowhere with certainty and passion “music is my lifeline,

” as the tears began to well up inside and finally spill out because I at last understood what I, Aoede, the muse of song, was here to do, I truly got it. I suddenly knew my story. My story is one of persevering through this darkness called DM through the creative process-music is my lifeline and I cannot stop creating. My story is also one of being a light in the darkness and of sharing and connecting with you-you see through all of this I started as a singer-songwriter, but became a muse.

I am Lisa Sniderman. I am 38 and was diagnosed and have been living with DM since April 2008. When I was first diagnosed by a dermatologist, he took one look at my hands and immediately referred me to a rheumatologist. My only impressions of rheumatologists up until then were based on visions in my head of old people with canes and chronic joint pain and arthritis. I was 35 then. Could I ever have guessed that more than 3 years later, I’d be mostly housebound, except for visits to my rheumatologist, walking with assistance from a cane??

Like many of us, I’ve worn a lot of hats. I was an Environmental Scientist for 10 years focusing on coastal

water issues before DM forced me to take leave in July 2009. I also am a singer-songwriter for Aoede, which is my artist name. Aoede was the muse of song in Greek Mythology. I wanted an affiliation with the muse to remember to inspire and to be continually inspired. I took the name Aoede at the end of 2005. How was I to know that I would become the muse that I identified with musically all these years? As you may have guessed I’ve tried multiple Western treatments and even some unconventional ones over the years. Have they worked? I believe the combination has definitely been helpful for managing -especially the skin rash, but no there hasn’t been one treatment that I know of that has kicked this DM to the curb once and for all. Maybe you can relate?

A new fan from twitter reached out to me recently, conveying that his wife has lupus, and he sympathized with my condition especially being a singer-songwriter. He asked me: What is the secret to getting beyond a chronic disease?

Wow. The $100,000,000 question I told him… and OK I didn’t and don’t claim to have the answer. In fact I have more questions than answers most of the time. But I’ll share some confessions and “secrets” I shared with him with you-in the hopes that telling my story stirs something in you. I call it 10 Confessions and Secrets of a Singer-Songwriter Who Became a Muse… 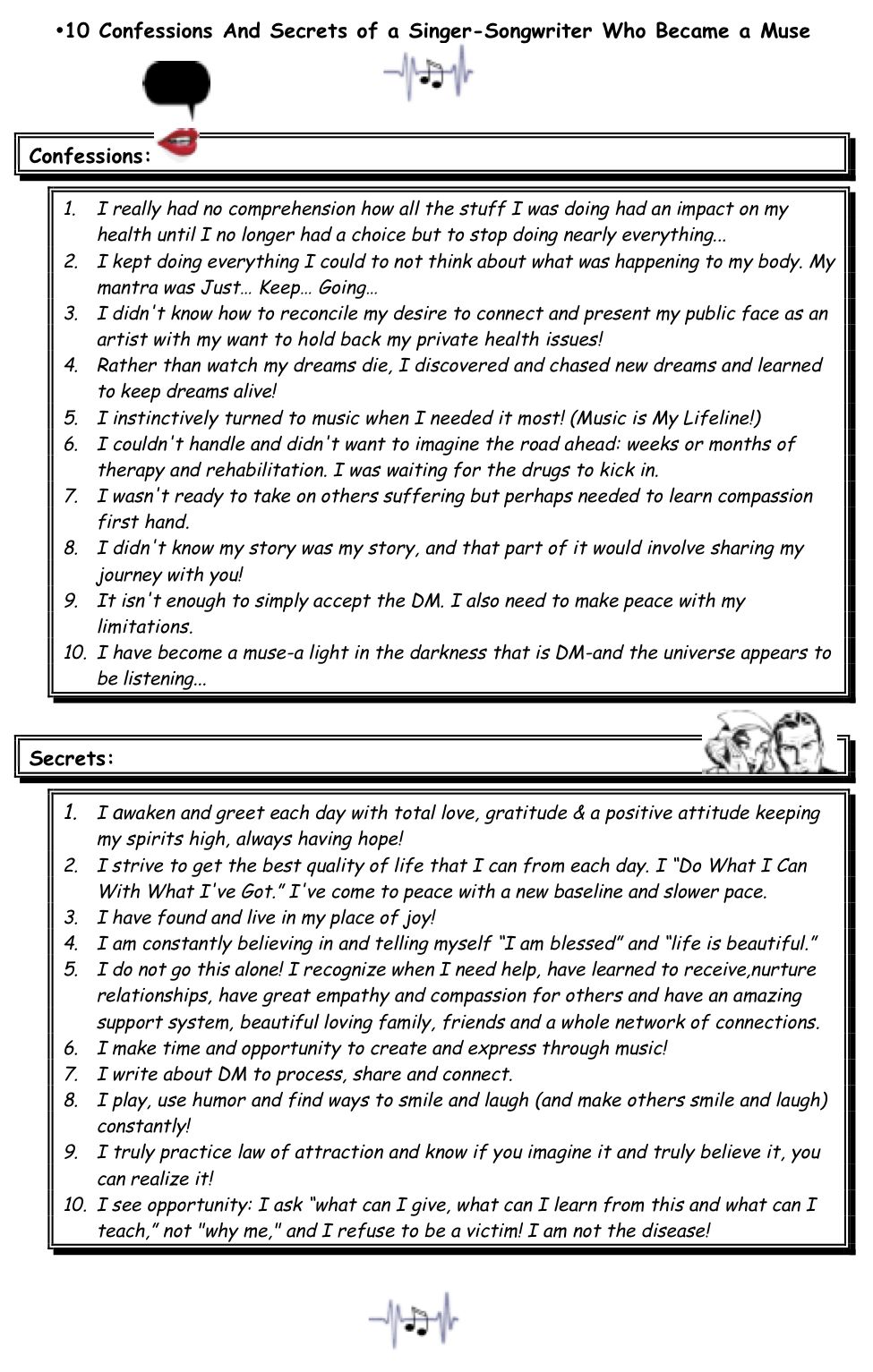 Here is some video footage of the story and 2 songs: “If You Already Knew” (which corresponds to Confession #5) and “What You Got,”  my anthem through the hospital. Janice Whaley accompanies on keys on both songs, and on “What You Got,” Archie Bell (The Drells) lends his soulful voice.