Does a New Year = New Hope?

“The fear of death follows from the fear of life. A man who lives fully is prepared to die at any time.” Mark Twain

By January 2010, I was pretty weak, still had a skin rash, and my rheumy expressed that she thought we’d gotten all we could out of the methotrexate. I like how she included herself in the treatment, as if to convey I’m not going at this alone… She suggested stopping the treatment and trying a different therapy: intravenous infusion of immunoglobulin (IVIG), a blood product containing IgG extracted from plasma, which had been shown to be effective for controlling some DM cases, especially those 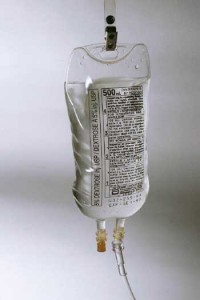 that hadn’t responded well to other first-line medications like prednisone and methotrexate. It was to be administered over 5 days at the hospital infusion center, outpatient, over a few hours each day. I distinctly remember anxiety and fear going into that first week of treatment, and my family there as support. I also recall writing on facebook to my friends on the morning of the first day of infusion: I will embrace the day with love and gratitude and a positive attitude (or something like that).

The product that would be going directly into my veins was extracted from the blood of thousands of donors. How amazing that we had the technology to do that! How blessed and fortunate I felt to be on the receiving end of a product that costs thousands of $$ ($10,000 for a 100 kg (220 lbs) person at 2g/kg). Thank Gods I have health insurance through the State. Maybe this was just the treatment my body needed to give it new antibodies, boost the immunity (even though all the treatments so far had been designed to suppress my immunity!), kick this DM to the curb!

(By the way, this kids korner quiz to the right ROCKS to describe simply our immune system and cells like IgG-the game is fun too!)

Hospitals are not quiet, restful, private places, I learned quickly. The Kaiser South San Francisco Infusion Center was a bustling place. On Monday, Day 1, my nurse for the day led me to my chair, started an IV, checked my vitals, and mentally prepared me for what the procedure would be each day for 5 days. There were people all around me along the same wall sitting in their hospital chairs watching tv or sleeping or visiting while they were getting their infusions, with just a curtain for the illusion of privacy. Some wore hats. Maybe some of them like me just liked hats. Maybe others wanted to cover their bald or near-bald heads. Some seemed lost in themselves. Others smiled as I entered. A row of chairs, often occupied by loved ones, sat directly across from the patients in hospital chairs. There was a bulletin board with the usual notices, but something caught my eye that I later inquired about: several brightly colored hand-made felt hats, each one pinned onto the board.

I had brought a laptop, movies to watch, things to do. I envisioned watching a light, funny movie with Dave by my side and making it into a sort of movie date. I didn’t know how the treatment would make me feel. I didn’t realize that the pre-meds would make me so drowsy and out of it I didn’t want to do anything or talk to anyone for hours.

“I try not to worry about the future – so I take each day just one anxiety attack at a time.” Tom Wilson
Now this is the stuff of true confessions… I remember half sitting/half laying in that hospital chair, those God-awful florescent lights glaring over me from above thinking please God, let me get through this. I was already feeling the effects of the pre-meds (50 mg of benadryl). It was one of the only times in my life that I had questioned whether I would come through. I desperately needed to hold mom or Dave’s hand for reassurance as the treatment was starting. I needed to hear that the nurses were skilled and standing by, and if anything happened, I was in a hospital where they could quickly attend to me. Why I was so freaked out, I can not say. Perhaps just the prospect of having something extracted from thousands of donors foreign in my body and not having prior experience to feel comfortable or safe with the procedure? Fear of the unknown or death? Hearing the nurse tell me the possible risks and side effects? Didn’t leave one with a warm and fuzzy feeling…

I did the only things I could think to do, I slowed my breathing and concentrated on each breath. I asked for another blanket (they come right from the oven so it truly is a treat!) I held Dave’s hand. I let myself be in that yucky, medicated space because I knew I had no choice. And then, when my heart was still racing so fast it felt like it was coming out of my chest, I began to sing.

I didn’t give it much thought. The words just came out. I’m sure with all my strain and failure to relax, my voice was just a phantom of what it once was. In retrospect, I guess it was the one thing I knew deep inside that would pull me from that place of fear, from anxiety, from hospital space. I sang the first verse of a new song that I had recently written, If You Already Knew:

“What if you were born knowing how your life would unfold. Where you’d skin your knees, when you’d see your first rainbow. What if you couldn’t choose what you’d say or do. There’d be no surprises or waiting for sign-es if you already knew.”

I couldn’t have dreamed up more appropriate words to speak to my heart on that very occasion.

I’d like to think that with each word sung, my BP lowered another 5 points… I recall a few nurses coming by to investigate or to listen to that voice. All I knew was I had to sing, and I knew then too, somehow that I would get through this.

Fast forward through the week. Ugh. Ever gotten run over by a steam roller? No? Me neither. But I have had IVIG! So it turns out that I didn’t tolerate this first round of IVIG too well. I had no appetite the whole week during the days or evening so I lost weight. Mom did keep trying to feed me clear soup and apple juice and orange food like sweet potato and squash soup. I had no desire or ability to sit through a movie during infusions. My head space was drug space. I had a massive headache e

ach night and just plain felt “weird” and “wrong.” I had “hot hand,” each night; maybe from the infusion? I had orange diarrhea each day and night, which freaked me out until remembering I had forced down orange food. By the last day, they stopped the infusion when I developed a fever. So yet again, my rheumatologist nixed this “treatment” for the time being and urged “us” to move on quickly to the next cure-all in the Western medicine tool box: Cellcept! (and to revisit high-dose prednisone again!) I did beg “us” to wait at least a week or two to get the IVIG out of “our” system…

I will say one thing for this round of IVIG. I may not have tolerated it well, but I can’t rule it out for helping clear my skin rash where other treatments had failed… Plus, as you’ll come to learn, IVIG and I became close friends later in 2010…

I’ll stop for a minute to express some insights: First, I really didn’t understand how all the stuff I was doing had an impact on my health (and the extent of that impact) until I no longer had a choice but to stop doing nearly everything. Being forced to take leave from work in July 2009 was the first wakeup call; doing IVIG in January 2010 was the second. 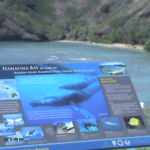 From July 2009 on, with all the immuno-suppressive drugs and fatigue especially, I found I was nearly housebound but for doctor appointments, a few gigs, and then one week for a delayed low impact, low-key Honeymoon with Dave in Hawaii in September (Remember, we got married in May 2008, but I had been sick so no honeymoon!). I figured my health would be the same whether I was in California or somewhere else, and truth be told, I just didn’t know if I would be able to travel in the future. I wanted to live life while I still could! (The Gods were with me that week. As it turned out, I was off methotrexate for the week due to some abnormal blood work and an earlier respiratory infection…)

“When the music changes, so does the dance” African proverb

I remember the first time it hit me that my dream was changing. If you recall, Dave and I went to LA for a Music Strategies workshop in June 2009. Coming away from that we were crazy excited because we would be given an opportunity to perform in Las Vegas at Caesars 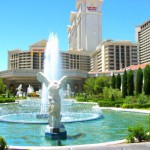 Palace along with other fine folks from our workshop at the next Music Strategies workshop in Vegas, June 2010! It was sort of an experiment to prove to the bookers that all of us unsigned, indie DIY singer-songwriters, artists, bands were just as good if not better than the acts they were booking. It was an opportunity to get in front of mega music industry people, bookers, the public and to network, network, network. If nothing more than playing at Caesars Palace came of it, I would have still jumped at the opportunity.

Realizing when my body was limp and tired the week after IVIG that I was not able to get out of bed, or the house let alone the State, deflated my Vegas dream. When I made that call to cancel my registration, passing up something I thought I always wanted, part of my dream died… so naturally, I did what I do best… everything in my power to dream up new dreams… including working on my young adult fantasy novel, writing water-themed music to accompany the story, and making a new album. In other words, damn if I was going to let this DM stuff get in the way of my dreams again! Would my body agree?