25 JanEveryone has a whole other life that no one knows about. – Pretty Little Liars

Greetings! I’m Lis from Aoede (pronounced A-E-D) musing to you from San Francisco, California. Some of you reading this are virtually meeting me for the first time. Others have been with me on my musical journey, vigorously cheering me on, playing right beside me, or watching from the sidelines, for many years. Welcome and thanks for stopping in… do hope you leave inspired and with more joy and music in your heart! 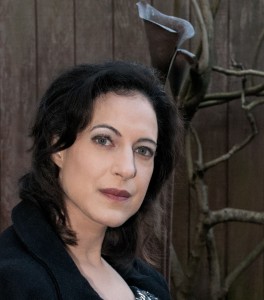 Aoede – The Muse Behind the Music… Music is my lifeline

The basics? Music is my lifeline. I just don’t know how to stop. Nor, frankly, would I ever want to. I’m a singer/songwriter with a quirky soprano voice who writes compelling pop songs for the heart. I’ve been compared to Ingrid Michaelson, who is my most favorite muse, so I’ll gladly take that as a huge complement. I’m also a muse, as Aoede was the first muse of song in Greek mythology. I chose this name so I remember to be continually inspired. I also chose it to inspire you to do whatever is inside your heart or soul. There’s a bunch more bio-like stuff I could say, about recent placement in an online video game or being WomensRadio’s Top Artist in 2008 and Aoede’s album Push and Pull being included in their Top Albums of the Decade, and even how

I am a co-founder of WomenROCK, but I know you can read my story, if you want the long version.

My other hat…passion for Blue Gold

The other hat I’ve worn for the last 10 years is Environmental Scientist, focusing on water and writing or implementing the best policies to protect water quality on California’s coast. 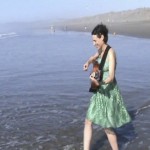 I even wrote a pop song in 2009, released around Coastal Cleanup Day combining my loves for water and music. It was a coastal anthem celebrating “Blue Gold” – our precious blue liquid resource-and intended to raise awareness for the issues of plastics and marine debris. So that inspired me to start writing a book and some accompanying music and to collaborate to make some short films to help connect teens to their watersheds… but that I’ll save for another blog…

“Everyone has a whole other life that no one knows about.” Pretty Little Liars

Before now, that’s what I would have told you. That’s all the stuff I wanted to tell you. Before now.

Before now, I wouldn’t have dared divulge that yesterday, I just shot Day 1 of a new music video for “Fairy Tale Love” on location in San Francisco, the rest of which will be shot this Saturday and Sunday, and that 5 days next week I will be getting intravenous infusions at the hospital. 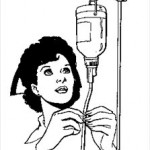 Or that driving to LA to record Affair with the Muse in Los Angeles in May and July was one of the few times I left my home in 2010. That the sessions were so incredibly amazing, but also so depleting. Or that I got 5 days of infusions first week of January, immediately after recording lead vocals for Love Proof at home. For sure, I wouldn’t have wanted you to know that I was in the hospital for 24 days in September due to what doctors are considering a “flare,” shortly after my last public gig… 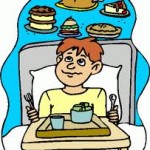 I wouldn’t have told you that I have dermatomyositis. Don’t worry if you can’t say it or spell it. Took me months to do it. Took me years to admit it. “It is my private business,” I used to think in 2008, 2009 and 2010. But in July 2009 I took leave from my day job due to my worsening health. Found it too hard to be on immune suppressing drugs day in and day out and fighting fatigue and weakness and infections on top of working full time and putting energy into music and gigs.

That was me then in 2008 and 2009. It was a vicious circle. I was a caged hamster spinning around and around on life’s wheel. I was dealing with what life was handing me the best I could, pushing myself day after day, taking Western 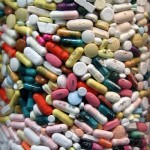 drugs and experimenting with alternative therapies to get me through, but each day waking more and more depleted. Any of you relate? Then I realized I was only playing a handful of shows in 2010-and only day-gigs, because of the effects of the drugs and my lack of stamina 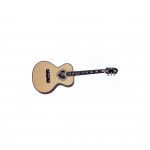 and energy. Then no shows at all. In my monthly newsletter, I alluded to health issues in October 2010, indicating life had thrown me some crazy curveballs and I was learning to adjust to a new norm, a new baseline… but I never was specific or felt the need to talk about my private health issues. Before now.

So what changed? Why should I bother telling you about my health issues when I am focusing on this new release of songs from Affair with the Muse? When I am excited about this new interactive website? When I have finally finished a cool video for “I Lost, You Win?” and have in progress one for “Fairy Tale Love?”

That’s the stuff you want to read about, right? The stuff to cheer me on? The little milestones that everyone wants to hit and talk about? Generate some buzz?

I was talking to my publicity folks in December 2010 about my story. It was sort of a general agreement that I needed an angle for my press release, One-Sheet, and bio. What was my story? Maybe it was placement for licensing or accolades or WomenROCK or even the tie-in between environmental/water issues and music. All these seemed like good story angles to me. I mentioned in passing I wasn’t really doing live shows due to some health issues. That I was in the hospital in September and at home recovering. That maybe 2011 I might be able to perform again. “No performances? No tours? Where’s the story? You’ll need some good social networking presence,” the publicity folks told me.

Then in January 2011, I had a wake-up call. Literally while on a call. My story was my story of perseverance. I didn’t even realize as it was happening – doing the recording last May and July, recording Blue Gold in 2009 when I couldn’t work anymore due to health, pushing this new release and finding ways to keep a songwriter’s dream alive, despite my body having a mind of its own. Despite depletion, weakness, fear, anxiety, drugs, risks, treatments, therapies, I always had love and gratitude and humor. I had tremendous friends and family support. I had music. I had to keep the dream alive. As I said, music is my lifeline. 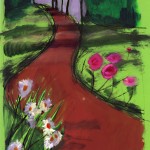 I just cannot stop. I just didn’t know that part of my path would be sharing my journey with you. That my story perhaps could inspire you to do what’s in your soul, even if you are battling the same disease, some other illness, or just have lost your inspiration along the way. I didn’t get it… it wasn’t just about making the music and giving the music to you. It was and is about giving me to you. Even the parts I want to hide from myself and keep buried deep inside. All the stuff I wouldn’t have shared… before now.